When we bought our 38 foot sloop 17 years ago, we thought we had it all figured out– well, about what we were going to name it anyways. Everything else was still up in the air, but we thought we were certain enough about the name that we wrote it in all of our important cruising manuals before we had even bought ourselves a boat. Early on, it seemed like an obvious choice. The idea was based entirely on the fact that our boat was made out of metal and also that we were climbing aboard it in our departure from life in The Motor City.

Tin Lizzie was what we intended to paint on our boat when we finally made the purchase, so one of the first things we did was remove the old name from the stern. We scraped the old letters off of the aluminum as carefully as we could, but even when they were all removed, the name was still clearly printed in shiny un-oxidized metal. We puzzled for months on how we could cover it up, but got nowhere.

Some of our close friends were concerned. They said that we shouldn’t proceed with any of our other jobs until we had secured the new name. It was bad luck, they said.

I should probably also say something about pronouns here. When we found it (not her), we had considered our boat to be an “it”. It was unclear how the former French owners felt about the matter when they handed it off, but someone French along the way had tried to tell us that “it” was actually a “he” because “it” was a French boat. But we’re Americans, so we have been trained to always be suspicious of the French, so our boat has remained an it.

Upon hearing our choice of name, others nodded happily in approval as if they understood it all perfectly well. They then followed their reaction by saying, “I love that band!” No. Not Thin Lizzy. There are a lot of independent thinkers– and heavy drug and alcohol users in the sailing world.

In the seven months that we spent toiling in the dirty yard, we found our explanations tiresome. Tin Lizzie was a moniker given to Henry Ford’s infamous Model T, which was marketed as the ultimate promise of personal freedom. His assembly line and relatively high wages would, he said, revolutionize our lives and bring freedom and sovereignty to us all. Like the Model T, the Tin Lizzie was also the name we intended to give to our sailboat. In our heads, the name evoked a passage toward true personal freedom. In all our conversations in the yard, however, it only always led to boring historical discussions about the man who brought us all slavery. 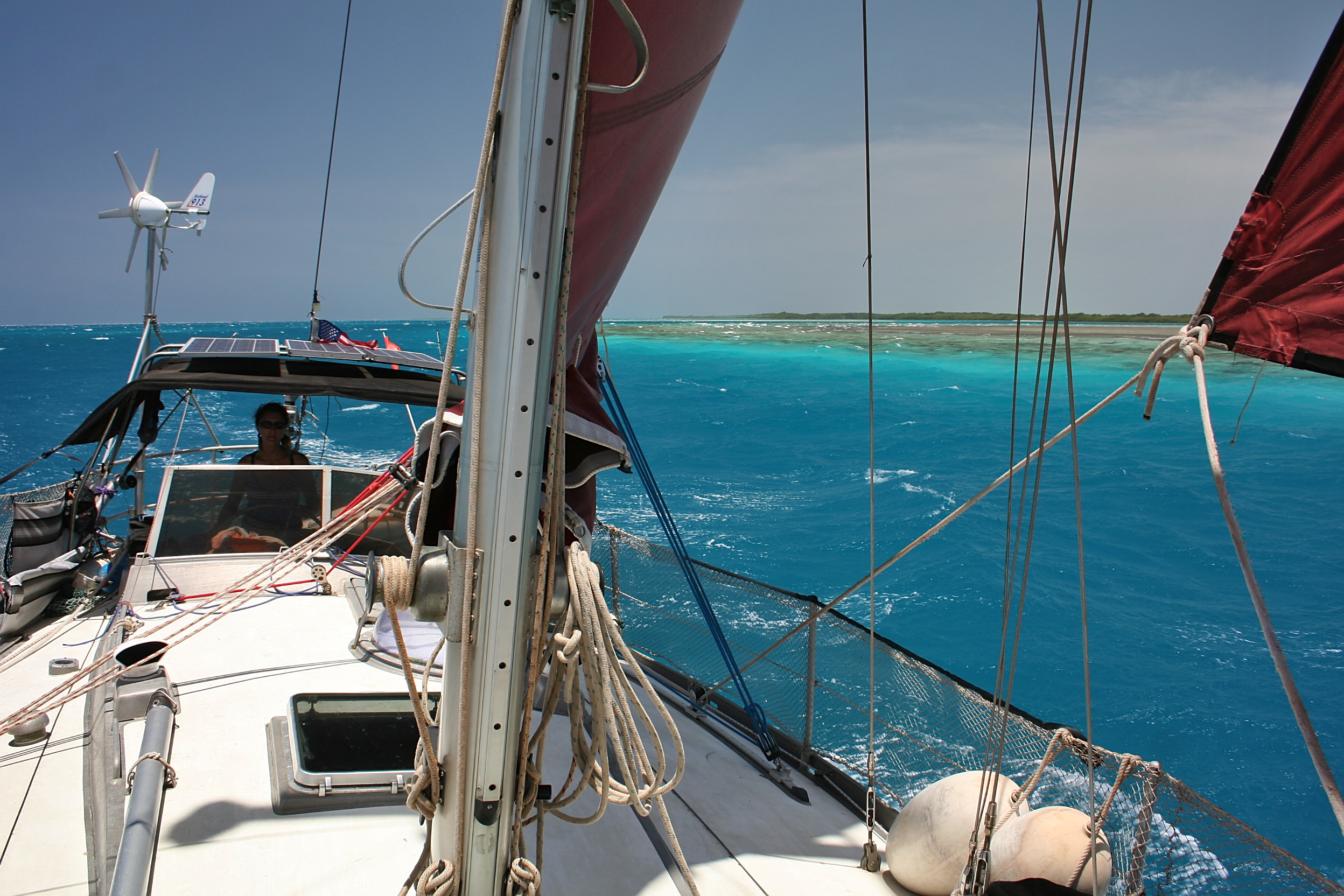 People talk strange in the sailing world. Sometimes they get irritated if you don’t comply with their twisted lexicon. Ropes are lines if they’re on a sailboat. The bathroom is referred to as the head. Contrary to the beliefs of many, sailboats do have a couch, but we call them a settee. It can feel kind of pretentious– especially when the old farts start to talk like they’re Ernest Hemingway. Despite the cruising scene resembling a progressive dinner party, many of these people take themselves very seriously.

On the radio things get even stranger. We sometimes have identified as “Alpha November Tango Hotel Yankee Lima Lima India Delta Echo.” That’s not our pronoun. It’s our name. It has always had a weird charm, but the mechanical conveyance of our boats foreign name has frequently made it hard for people to connect with it. Many people think that it’s some sort of chemical. We’ve heard people come back on the radio with “Anchor Light,” or “Anthracite.” “Angel Eyes” will always be one of my favorites– but the person on the other end had a good excuse since that time was on a shortwave conversation between the west end of Venezuela and Grenada identifying a missing person who washed up on the reef we had anchored behind. Needless to say, we ended up keeping the boat’s original name.

Shortly into our stay in the yard, we found ourselves overwhelmed with a thousand outrageous and toxic tasks. As we have written about in many other places, our boat was a major project that needed serious attention. On top of all of the broken and dated equipment, the hull had been damaged in a stormy encounter with a reef. Our overt yuppie optimism had transported us from office cube farms to being high and dry in the toxic boat yard for seven painful months. And so it was one day that we found ourselves laying on the settees staring up at the salon ceiling in a deafening rain shower– exhausted and drowning in the misgivings of our young ambitions. I can still remember how good it felt to just lay there listening. A storm was howling outside and sheets of rain scoured the deck. Inside it was dry and comforting. At the risk of screwing up our choice of pronoun for the last 17 years, it felt like being in the womb. The name– still shiny and tanned into our stern, was that of a flower, and in the hypnotic waves of rain on the deck it started to grow on us.

An anthyllide is a flower that grows in the French Alps, among many other places. That is where our boat was built in a wayward dreamer’s back yard. The plant is best known for its use as a medicine to cure slow-healing wounds. For most of my 17 years aboard, I never thought too deeply about our name, but in the last few years, because of where our journey has taken us, it has flowered over and over in my mind. 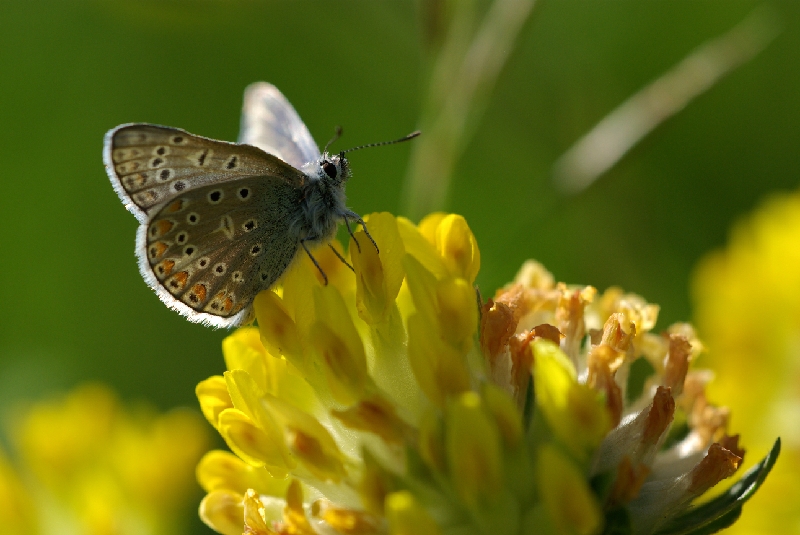 We’ve had a great run. For the first ten years and over 25,000 miles, we traveled from one magical place to another. In the last seven years, despite mostly being harnessed to a pier, our journey has taken us further than we could have ever imagined. For 17 years, our vehicle of freedom, sovereignty– and plant power, has taken us there. And yes, there are definitely still more places we’d like to go. 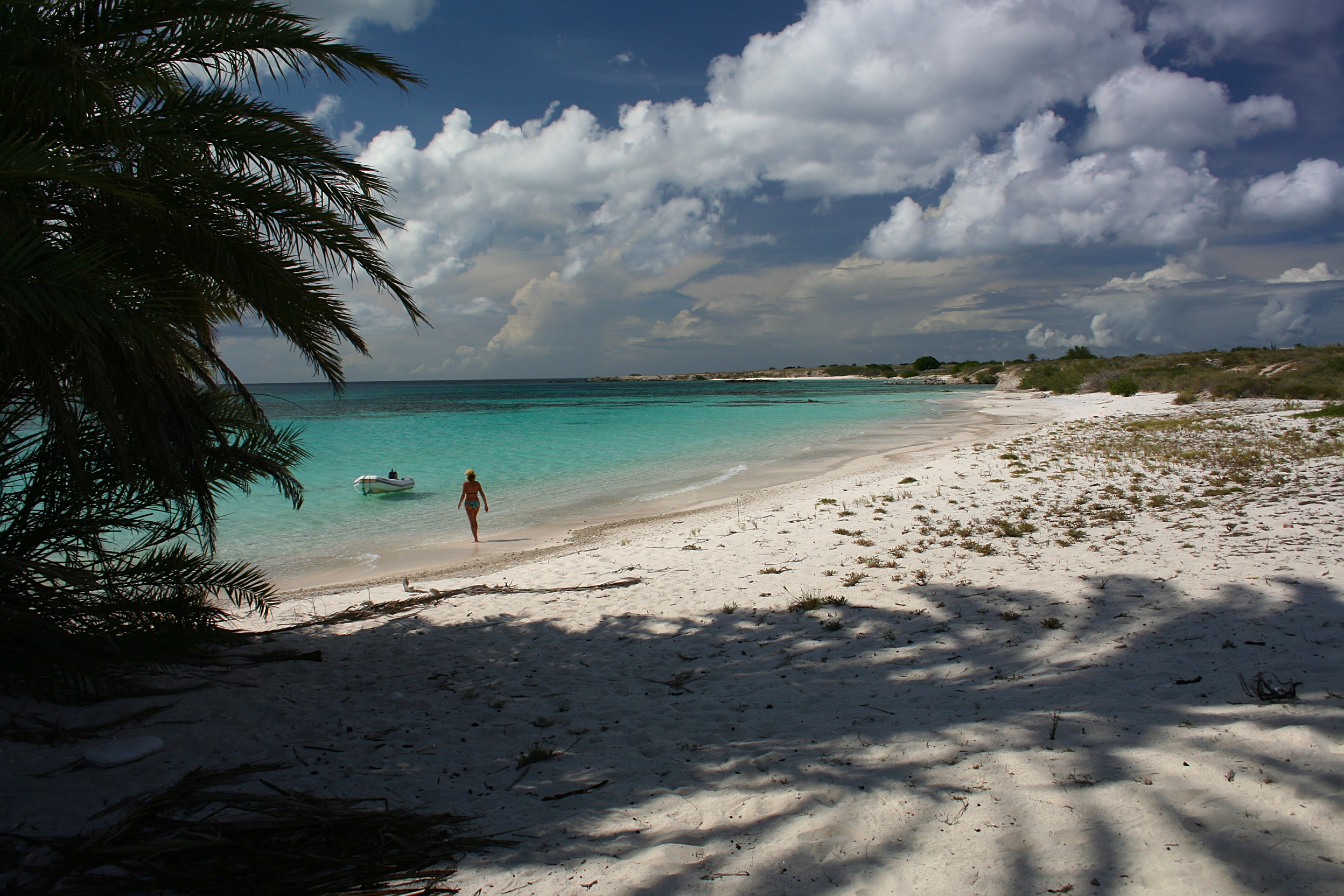 I’m a slow learner, but one thing that I have figured out is that names and ideas matter. Flowers are unique and beautiful expressions of life. A flower is also the intelligent expression of the promise of future life. Our journey on Anthyllide has indeed been a salve on some deep generational wounds– occult damage that we never even knew we were suffering from.

I hope all is well in your world and that you’ll join us for future stories and videos exploring how we can all find freedom and sovereignty in this confused world. We hope you enjoy the interview that we did with Vegan Linked that explains how we got here. Please subscribe to our mailing list to follow along on the new course that we’re setting.

Cheers from Scott and Kimberly Bourgeois on Anthyllide!

4 thoughts on “New Horizons– What’s in a Name?”